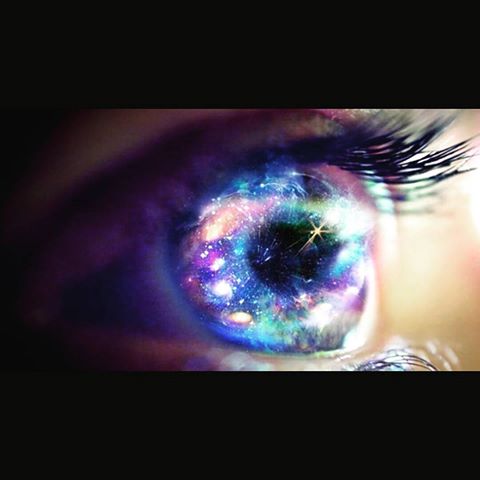 Soulmate Dreams: Dreaming about the Love of Your Life

Wouldn’t it be great if soulmates really exist? If the man or woman of your dreams is a flesh ‘n blood, living human being?

They do exist, but soulmates are really misunderstood. They come in all shapes and sizes and all types of relationships: parent, child, sibling, friend, grandparent—even rivals and enemies. A soulmate is someone who comes into this world with you to be part of each other’s lives for a brief time or a lifetime. For love. For sharing. For sex. For caring. Most of all, for growth and wholeness.

Soulmates help us grow, and growth is often spurred through adversity. Soulmate relationships can be our most difficult and challenging. Some end badly or even tragically. But in the big picture, every experience that helps us grow is worth it.

We incarnate into this world with a purpose in mind, a mission, a plan, then it’s up to us to follow through. Soulmates reincarnate with us during multiple lifetimes to carry out that plan. If you don’t know that reincarnation is real, check out the research of Dr. Jim Tucker and Dr. Ian Stevenson.

The Story of Soulmates Who Meet in their Dreams

Today I want to share with you a young woman’s amazing experience that begins with a recurring dream. She’s strapped to a boulder the size of the Earth and senses someone strapped to the other side of it. She feels hopeless about ever knowing this person with a world full of people standing between them. If either of them move out of unison, they both will die. In the second part of the dream, she sees a gate with no fence, in a setting that’s heavenly. She senses presences there and they make her accept their power. With it, she starts to see artwork in her mind’s eye, very distinct styling. Beautiful. Below is an example:

In her waking life she searches for the artwork. And searches, searches. Finally she finds it. The artist is a young man her age. He lives only 30 miles from her. She follows his work and sees new creations as they’re posted online. Every dot, curve and line of his art is familiar to her from her dreams, but, despite the extraordinary dreams about this man and his art, she waits before contacting him

The week before I found her dream about a soulmate experience posted at reddit.com, she finally contacts him and says she’s seen his art in her dreams. He says that he’s seen her in his dreams and shares something he wrote about her — wrote before they met in waking life. He has dreams about them being together during various times and places.

They are soulmates who first met in their dreams, but their history stretches back lifetimes.

I do not blindly accept the reality of soulmates. I was quite skeptical the first time I ran across the idea, and inclined to think it’s wishful thinking. People can make themselves believe things that aren’t true, such as, “He must be my soulmate. We just met last night but it’s like we’ve known each other forever.” That’s probably not a soulmate. That’s a crush or infatuation, but it expresses a hope about finally meeting “the one.” Oftentimes, the road to finding your soulmate begins with believing it’s possible.

I had synchronous experiences that chiseled away at my skepticism about soulmates, and I came to accept a broad idea of what a soulmate is and how it shows in dreams. But it took years to figure it all out, and I suggest that you at least give some time to percolate after having a powerful dream about being in love. Soulmate dreams will recur. It’s not a one-shot deal. You have time.

Dreaming about falling in love is common and usually it’s entirely personal. The character you fall in love with represents something about you or your life. It’s usually not a person waiting for you to meet them. It’s not a soulmate. If the dream character looks like someone you know, don’t confuse it for the actual person! Most likely, what you really love is something you see about yourself in the person, or what the person represents symbolically.

For example, a woman dreams about a deep attraction forming with a co-worker she works closely with and it causes her issues because she doesn’t date co-workers. But what’s actually shown to her in the dream is the powerful work chemistry they have. Yes, she finds him attractive and something of a mystery man, but the dream is not revealing hidden feelings or cosmic connections. It’s simply saying that they work well together and she loves it! Love is said to involve romantic chemistry. The dream takes that idea and runs with it to tell a story about work chemistry.

You have dream characters that you fall in love with and ultimately they represent something about yourself that you love. Falling in love in a dream promotes internal unity and bonding. In fact, ladies, you are meant to fall in love with your animus. Gents, you have an anima who can appear in your dreams as the love of your life. Get to know these dream characters. It’ll clear up a lot of confusion and open doors to the deepest and most fulfilling personal experiences.

However, you can dream about your soulmates and dreams can lead you to these people. Thank god we live in such a wonderful universe that gives us special and meaningful relationships that extend through space and time to keep us together. Otherwise, if life was a “one and done” deal, I’d feel cheated of the deeper potential created by strong bonds of love and communion.

My favorite source of info about soulmates is Edgar Cayce:

Dreams can lead you to your soulmates (plural; we can have many). The young couple described above who met in their dreams are one of several examples I’ve found. I know a man who dreamed about seeing a beautiful woman singing on stage in a small club. He saw himself dressed in a military uniform. He wasn’t in the military at the time, but later in life he joined it. One night he was in a club, in uniform. He saw a beautiful woman singing on stage, with the same hair, voice, and presence as the woman in his dreams. He talked to her after the show and they hit it off. He knew they were destined to be together.

Three days after they met, he asked her to marry him. They are still married ten years later and have children and wonderful lives together.

A good friend, Steve Ernenwein, says that spirit guides told him twice while lucid dreaming that he would soon meet his wife, Erica. His guides told him his future wife would be “American” and “hot.”” They’re now married and have their first baby.

I spoke extensively with a guy at reddit who claimed to meet a woman in his dreams and find out her first and last name and details about her recent accident that required hospitalization. A few weeks after the dream he was shopping for groceries and passed by a woman that looked just like the one in his dream. Before he could stop himself, he said her first name out loud as a question. She asked, “Do I know you?” He said her last name, remembered from the dream, and it was correct. He then played it off as “Oh, we must have met somewhere.”

They got together for coffee and conversation and found many things in common. He kept to himself how he really knew her — “yeah, sure, we met in a dream. STALKER!” — till they knew each other well enough to tell her the truth. He told her the dream detail about the accident she was supposedly in. She showed him the scars from it.

They became good friends and at last update their relationship remains a friendship. Whether they’re soulmates is hard to say, but you figure there must be a damn good reason he dreamed about her before they met and found out her name and a major detail from her recent life.

The logical conclusion is, the dream gave him the information he needed to strike up a conversation with a “stranger.” Which leads further to the conclusion that some so-called coincidences are meaningful. Dr. Carl Jung calls it “synchronicity.” Check out the work of Dr. Bernard Beitman: Explore synchronicity.

When you dig into this subject, you might be surprised by how often you hear about people first meeting in dreams, then meeting in waking life. The subject can evoke strange and even negative reactions, so it’s not talked about openly as much as it could be. Subjects such as soulmates, past lives, and precognitive dreams invite derision. They aren’t readily talked about unless the right environment for open sharing is created.

The famous remote viewer Ingo Swann said that non-material phenomenon can’t be studied with the scientific method because it’s meant to study material science. Matter as we know it makes up around 5% of the universe — the other 95% is unknown. We need a different approach to non-material science, yet the standard line from the guardians of scientific orthodoxy is there’s no such thing as non-material science. With a haughty wave of the hand they dismiss an entire spectrum of human experience.

Yet, we see references all the time in pop culture to “the love of your life” and “destiny” and “soulmates.” A deeper truth here is being hinted at and alluded to. For example, the movie “In a Dream” is about a woman who keeps dreaming about a guy and she’s convinced he’s real, which of course makes her friends and family say she’s reading too much into her dreams.

The movie taps into an artery of common human experience, and we don’t know enough about it to tell the difference between wishful thinking and reality.

I rely on the accuracy and honesty of people who report experiences like the ones described above, so proving that it’s real is not like, say, proving that gravity is real. But a point comes when the preponderance of evidence weighs heavily on the ‘it’s definitely real’ side of the scales, and the individual accounts don’t matter as much as the collected work.

Be skeptical. That’s the right mindset to approach any subject. But keep an open mind. If you want a soulmate, you might already have one or more in your life and just need to recognize the deep bonds that connect you. If you want a soulmate who is the love of your life, well, the universe I live in grants such wishes to those willing to focus first on growth, healing, and wholeness. You might have already dreamed about the person.

Here’s how I found my soulmate partner in this life, my wife Lisa: A Love Mandala