You Are Here Dreams 1-2-3 » Dream Topics » Understanding Animus: The Man Within Every Woman

Understanding Animus: The Man Within Every Woman 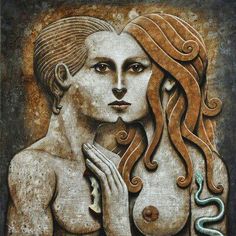 Carl Jung tells us that inside every woman is a man. He calls it Animus.

In simplest terms, animus represents the male aspects of a female’s psyche. It’s everything traditionally masculine and unconscious about her summed up in one image.

Animus is a female’s guide to assimilating masculine traits and the masculine principle, yang, and gaining access to deep layers of her psyche. She can be fully feminine while also incorporating traditionally masculine traits, but it might be a struggle if she fears being viewed as too “manly” or is too locked into her gender identity.

Animus can be the single most important dream character in a female’s life because it’s tied to a primary function of dreaming: to help harmonize and unite the conscious mind with the unconscious mind.

Animus is an archetype, a blueprint for personality development, thinking processes and behaviors. Archetypes arise from the deepest layer of the psyche, way outside conscious awareness for most people. The blueprint is an outline, and personal experience with men—beginning with a woman’s father or her first important male parental figure—fills in the details.

Animus can be a friend, guide, husband, or lover, depending on what a woman needs and the nature of their relationship. It’s a relationship that lasts a lifetime. Some dream characters come and go, but animus is there from childhood to the end. The form he takes tends to be one that a female responds to at whatever stage of life she’s in, and he can keep the same face for years at a time. A woman knows her inner man on sight and feels him even when he’s not visibly present. He can be at her side whenever she wants or needs him.

Animus tends to pop into a woman’s dream life, help her with some things, go on adventures together, give her the boost she needs, then go away till she needs him again or she’s ready for the next step in her development. And in typical animus fashion, he’ll be off doing some manly, important thing, then show back up in her dreams at just the right time. The implication is that her animus has a life of his own even when he’s not in her dreams.

Animus can first appear in a female’s dreams as a man of strength.

Animus dream characters tend to change form and develop over time, often reflecting a female’s conception of an ideal man at that time of her life. During her childhood, he is a father-figure. During her teenage years, animus is portrayed as a man of action, of strength and muscle. He’s the quarterback of the football team, the Tarzan to her Jane, the rebel, the man of adventure. He continues to evolve through stages—the house-husband type, the professor type, the man of words and ideas—and if all goes well he becomes a sort of spiritual guide, her own personal Buddha or wise man—except a lot hotter! Animus is keenly attractive but won’t necessarily be the most physically attractive male. It tends to show more as a personal magnetism, especially as a woman matures. 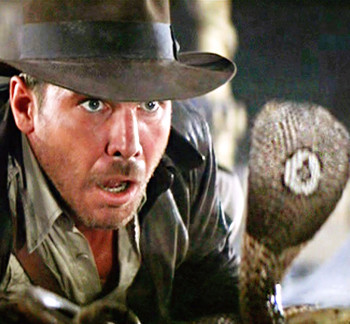 Animus can appear in a woman’s dreams as a man of adventure, a rebel, a swashbuckler, like Indiana Jones.

The roles played by animus figures in dreams are the best way of identifying them. Additionally, they are identified by a feeling of close familiarity. Keeping a dream journal helps with identifying them because they recur, either as the same character or as a type of character.

Anima figures in men’s dreams tend to appear with a rotating array of faces and forms, whereas animus figures in women’s dreams tend to keep the same appearance for long stretches. They can appear as males a female knows such as her father or brothers, as celebrities, as athletes, as famous males who embody the role such as presidents, and as completely imaginary characters.

And the point of it all? To teach a woman to be more like the strong, independent, assertive, take-no-shit man in her dreams, while allowing her to be all woman.

Over a lifetime, a woman’s conscious personality will become more like her animus if she allows it to be. Genders roles are strongly reinforced and it can be just as hard for a woman to be, in some ways, manly as it is for a man to show a softer feminine side.

Animus animates a woman, no matter what stage of life she’s in. When the relationship is good, she can be both fully feminine and comfortable acting masculine, and her life will be filled with purpose and gusto. 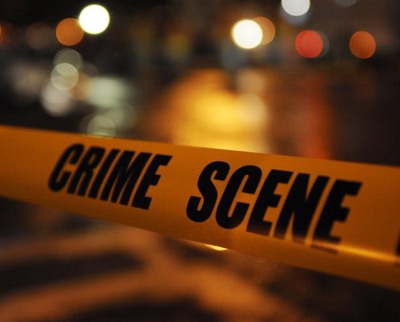 Two words that sum up a bad relationship with animus.

When the relationship is bad, it’s really bad and shows, especially in her sarcasm and criticism. She’ll know exactly where to hit a man where it hurts, and she can make sport of it. Her animus will appear in her dreams as a bad man. He might even be a murderer or rapist, a way of depicting deep inner conflict. Or he can be a man she belittles and argues with and enjoys exposing for being less of a man than he should be.

The fireworks get intense when she confuses her inner man with the man or men in her life. Then it’s a fight to the death—usually emotional or psychological death, but sometimes physical, too.

Fireworks can be caused, too, when a woman dreams about animus, her ideal inner man, loving him, and thinking it means she subconsciously wants to leave her mate. Her relationship with animus is internal. She can have both a mate and animus in her life, and she can love both equally and differently. But she errs when she expects the men in her life to live up to the ideal shown to her in her dreams. It’s called animus projection, and it’s bad news.

A woman’s Shadow stands in the way of accessing her animus in a good way. Shadow is a guardian at the gate to deeper access to her unconscious mind. Once Shadow is dealt with, animus becomes a consistent ally and friend. 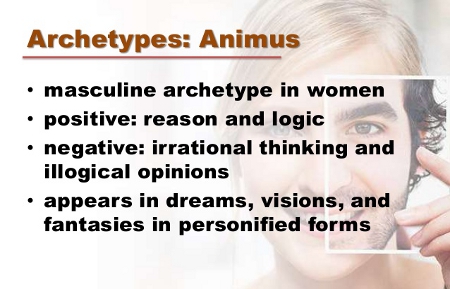 Understanding Animus | For a firsthand account of a woman’s discovery of her animus, see Tracey Cleantis’s excellent article: Jung for Dummies: Animus Planet.

Understanding animus | Read about the woman in every man, anima.

Understanding Animus | See a reddit conversation about animus, and this discussion of anima and animus that goes into more depth.

Understanding Animus | Here’s a quick video that explains animus in the Jungian tradition:

12 thoughts on “Understanding Animus: The Man Within Every Woman”