You Are Here Dreams 1-2-3 » Interpret Dreams » Next Level Dream Symbolism: Attacked by Raccoon 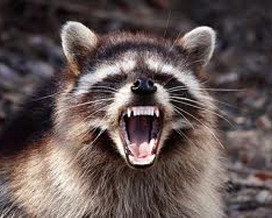 Making associations with dream imagery to understand its meaning

The most commonly used tool for decoding dream symbolism is the association technique. It harkens back to the beginning of modern psychological study of dreams and is practiced today in therapy and dream groups as well individually by people wanting insights into their dreams.

Association is simple. Anyone can do it. You say the first words that come to mind in relation to a dream symbol. Like this:

Association helps to uncover the personal meaning of your dreams and their symbols because it’s a primary way to create dream symbolism.

Association comes in two basic varieties, general and personal, and I’ll use the first example above to illustrate them. Rockets are generally thought of as extremely fast, powerful, and capable of high flight. If you say that your life takes off like a rocket, it implies sudden and forceful movement in an upward trajectory. You are really going places, as they say.  Those general associations that can be used to create symbolism that describes what’s going on in your life. But imagine that your parents are astronauts. That personal association can be used to create different meaning with the dream imagery of a rocket taking off. It might symbolize something that separates you from your loved ones, or personal sacrifices to support a cause or ideal.

Keep in mind that dream imagery is understood in context of the dream-story. A dream has settings, characters, symbols, plus actions and your reactions, that all tie together to form a big picture. They all interrelate. Usually, the meaning of one part of a dream depends on the other parts of the dream. I’ll show you in moment how it works.

Let’s go back to the rocket example and say that it’s shown sitting idly on a launching pad. It’s not displaying its speed, power or capability of flight. Now let’s say that the person who has the dream associates the rocket with “potential.” With that clue, the analysis focuses on how the dreamer is like that rocket’s potential for speed, power, or flight. Those words can be used to describe a person as well as a rocket. You might say that the dreamer is ready for launch. If that’s the meaning, the dream will provide other clues. For example, if the rocket sits idle because it hasn’t been cleared for launch, it can mean something still needs to happen in order for the dreamer’s life to take off.

I’m known as RadOwl the reddit.com dream expert. I write about dreams.

I have a terrific example provided by a post at Reddit Dreams, where I am known as “RadOwl.” First, a description of the dream:

I dreamed last night that I was camping in the wilderness. The ground suddenly gave out beneath me and I fell, still inside my tent, hundreds of feet until I landed in a raging river. My tent floated like a boat and I rode out the rapids until the water got calmer.

There was a raccoon stuck on a rock in the center of the river. It couldn’t swim to shore, so I tried to help it. But it attacked me instead, ripping my tent to shreds and making me fall into the water. I woke up after that.

The dream provides a few symbols that help tell the story and are ripe for using association technique to uncover the meaning. Let’s begin by brainstorming for general associations. Camping is associated with getting back to nature, going it alone, survival, and living simply. The wilderness is associated with nature, being lost, and trying to find your way. A tent is a flimsy covering and temporary dwelling. A river is associated with the course and daily flow of a person’s life. Water can be associated with emotions, and related details define the state of those emotions. In this case, the river goes from ranging to calm. That suggests turbulence.

But the symbol and associations that really uncover the meaning of the dream are the raccoon and its actions. Symbols by themselves give us only hints of meaning, but they sing out with meaning when put into context and shown in action of the story.

To help decode the symbolism of the dream, I first use another interpretation technique: simplify. It’s a quick way of aiming right at the heart of a dream’s meaning. Sometimes people get caught up in analyzing the minutia of a dream and miss the big picture. The meaning is right there if you simplify the story down to a sentence that sums up what it is about. It’s not always the best way to approach a dream, but it comes in handy especially when pressed for time. This dream, to me, is best summed up as being punished or attacked for trying to be helpful.

That’s what happens when the dreamer tries to help the raccoon. But why does the dream use a raccoon? If you think of general associations with a raccoon you might say “scavenger,” “nocturnal,” or “wild.” Also, because a raccoon looks like it wears a bandit mask, it is commonly associated with stealth and concealment. Do those associations fit together with other details of the dream to tell a story? Not really. The association the dreamer came up with is too personal for an outsider such as myself to guess. Here’s what he said:

I did used to go camping a lot when I was a kid, and my family would always get mad at me when I tried to feed raccoons. Maybe it has something to do with that … being punished for trying to be helpful.

Association, simplification, and other dream interpretation techniques are detailed in my book. Click the cover to learn more.

Now we’re getting somewhere. We have an association that might explain why the dream puts the dreamer into a scenario where he is camping and the raccoon attacks him. Only the dreamer knows that when he was a kid his parents got mad when he tried to feed raccoons.

The next step is to compare what we’ve learned about the dream through association to the dreamer’s recent life. Most dreams are based on events in the person’s life from the past day or two, or look ahead a day or two. The events can be part of outer life or inner life. In fact, most dreams connect with a person’s inner life. With that in mind, the dreamer has a place to focus and a question to ask that might reveal the meaning of the dream: In what way (if any) does he feel like he is being punished for trying to be helpful? It might have happened recently, and the dreamer connects it with the past. Dreams are known for connecting the past with the present and pointing toward the roots of our patterns and reactions.

Association in the Big Picture 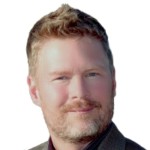 All the details of this dream fit together somehow to tell a story. Let’s plug our hypothesis about the symbolism of the raccoon attack into the big picture and see what possibilities emerge.

The dreamer didn’t give me more feedback so everything beyond “punished for being helpful” is guesswork. But through the use of association technique we have strong clues to the meaning of the dream and ultimately to learning its message.

I love to talk about dreams and keep my readers up to date on my latest work and news about the world of dreams. If you’d like to be included, add your info to the signup form below. By including at least your first name along with your email address, you are more likely to get my emails (spam filters tend to catch emails that don’t include a name).