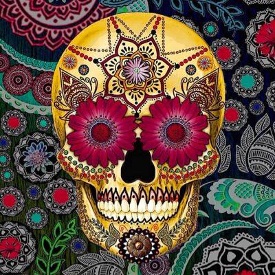 Interpret the Meaning of Dreams about the Afterlife

To dream about the afterlife can connect with trying to escape a hardship in this life. You want it to be over.

It can represent something you have been putting off. For example, people say they will do this or that when they get time or reach the next phase of life—after this phase of life. “I’ll start painting once my kids are grown,” or, “There will be plenty of time to travel later in life.” Perhaps it’s something that shouldn’t be put off.

Some dreams about afterlife address spiritual beliefs. People who strongly believe in an afterlife can dream about it as a way of processing information they receive, such as scriptures they read or sermons they hear.

People who don’t believe in an afterlife can be challenged by powerful and vivid dreams about it. Atheists have been known to become spiritual after having dreams that rearranged their notions and beliefs. It’s one thing to conceptualize something you have not experienced, and quite another to experience it fully and realistically in a dream.

I’m RadOwl. Go ahead, click to find out more.

It’s also possible to dream about deceased loved ones in the afterlife. It can symbolize something such as the hope that the person is “in a better place.” But you can also dream about deceased loved ones as a way of actually connecting with them in the afterlife. It’s an idea that will severely challenge people who think that death is the final end. It’s something that you have to experience for yourself—don’t take my word for it.

However, usually the afterlife is used as symbolism. For example, a man dreams about being in the afterlife and going to a sterile white office building. He waits to be told what his assignment will be. Everything is very orderly and subdued. A supervisor tells him that his job will be janitor. It’s upsetting but he figures he can work his way up.

The dream reflects a situation where the company he works for is being sold. The owner tells him he will be hired by another company owned by the same person, but his position will be entry-level. Being a janitor in the afterlife means he’s starting over and working his way up from the bottom. The dream sums up the situation and his feelings about it.

Notice his reaction. He’s willing to work his way up. That’s a good sign that he can accept his “demotion” with grace and apply himself fully to his new job. Sometimes, janitors end up running the company!

4 thoughts on “Interpret Dream about Afterlife: Meaning of Afterlife Dreams”