You Are Here Dreams 1-2-3 » Dream Topics » A Snake Dream Interpreted: The Tree of Snakes

A Snake Dream Interpreted: The Tree of Snakes 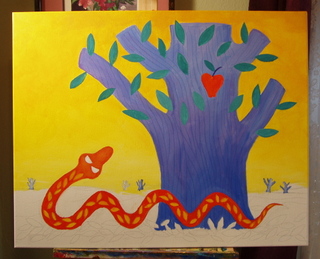 One of the all-time favorite dreams I’ve interpreted is titled “Big-Ass Tree of Snakes!” and it is a beautiful illustration of a waking life situation.  You can read the original post, which is very long and detailed, and my response, the only comment on the page. Here is my summary:

I was in a war in a jungle and got injured. A local picked me up and carried me to his village. The villagers (there were hundreds of them) lived in a huge tree with huts, walkways and gathering areas. It was a land of constant warfare, and most people did not know the tree dwellers existed. One night as I was healing I stepped out onto the balcony of one of the tree huts and thought I saw a snake move in the tree. Then I saw a small child playing alone. A lion came near and tried to snatch the child, but the tree picked him up to safety.

As I grew stronger, the tree people adopted me. One day I saw the men practicing martial arts with staffs. At first I thought they were exercising, but realized they were preparing for something. They practiced at the same time everyday. I noticed that by sunset everyday, all of the villagers retreated to inside the tree. I thought it was odd.

As time passed I started practicing the villager’s martial art and quickly became adept with the staff. The villagers stopped whatever they were doing and stared at me, lifting their arms and raising shouts of praise. The leader of the village, who looked different from the other villagers – more similar to me instead of Asian-looking like the villagers – came to me one day during the exercises and spoke about a time when the villagers would be free, able to live without fear. I thought about how the villagers couldn’t be out after sunset, and how the tree protected the child. In return, the villagers had to follow the tree’s wishes, such as dressing a certain way and not associating with other “tribes.” 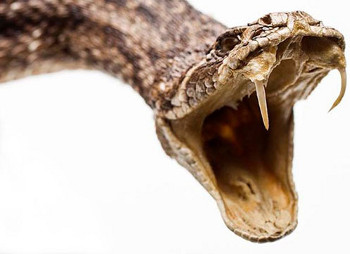 As the leader spoke I noticed that the tree seemed to move and breathe. Then I saw it: the tree was actually a massive family of snakes in disguise. The leader told me about a prophecy that a man would come and rescue the people from the tree, and he thought that man was me, which I denied. The leader then explained that the villagers couldn’t see the tree the way I did, and asked me to describe what I saw. I looked closely and saw thousands of snakes, and they all formed one mother snake; the entire tree was one snake, and wasn’t really a tree at all. The thousands of smaller snakes kept it strong and supported the village. Near the base of the tree I noticed for the first time an opening to the heart of the tree, only open for a second. When I told the leader this, he and the rest of the villagers bowed at my feet. I begged them to stand up.

I started to walk away when I noticed that the beasts who periodically attacked the village were launching an all-out assault. They fought the tree for some time and the villagers didn’t seem to notice. The leader encouraged the villagers to leave the tree, which some did and some didn’t. Some would never stop believing in the tree, never see it for what it was. As the beasts tore through the tree and it in turn devoured some of them, I noticed the heart of the tree again. Seeing that the tree was distracted by the battle with the beasts, I grabbed a staff and dismantled its heart. The mother snake could no longer survive, and the little ones either died or slithered away into the jungle. The believers could not understand what happened and wept for days. The non-believers comforted them and told them to go on with their lives.

So, what do you think the tree of snakes symbolizes?

What I see, and the dreamer verified, is a religious ideology or organization. A trait shared by many groups is an ‘us versus them’ mentality, which is shown in the dream’s opening scene of being at war. A term heard frequently in evangelical circles is “spiritual warfare,” which is supposed to be a “war against the flesh” but is too often a tool of indoctrination. The message is: “Don’t trust them, they are the enemy. Trust us, we’ll protect you.”

In the dream, most outside people don’t know the village exists, which is a way of saying the secular world is hardly aware of the religious groups in their midst. The lion that tries to snatch the child and the beasts that attack the tree symbolize the secular world as seen from within the group, always out there ready to influence the minds of vulnerable believers. Children and adults under the watchful eye of a religious organization are “protected” by it, but like in the dream, it comes with a price: obedience and isolation.

The martial arts training with the staffs symbolizes how all religious training builds up the spirit. Religious ideologies can be constraining, even destructive, but can have benefits too. Praying, singing, studying, and living simply are activities promoted by many religious groups and spiritual practices. The raised arms and shouts of praise from the villagers reminds me of the reactions of other believers to signs of spiritual progress in members of their group. Have you ever been in a room full of people praising God with arms uplifted and shouting hallelujah? Try it sometime and maybe you’ll see why some believers are attracted to groups and ideologies. It’s a powerful experience.

Trees are used as analogies for organizations such as churches and corporations, and here we see the symbolism really take shape in the dream. Organizations have roots, trunks, main branches and sub branches. People live within it and obey its dictates, a way of describing membership in a religious organization, working for a company or supporting a political party.

The workers or believers who make up the bulk of an organization like this believe strongly in its tenets; in the dream they are the little snakes that support the village and form the tree. The villagers don’t see the tree for what it is, describing how believers can be blind to the forces they serve. I am reminded of the Catholic Church during the molestation scandals and how some believers refused to acknowledge the dark heart of the organization they supported, and of the Enron Corporation, which presented itself as a highly ethical company while it robbed the public by jacking up energy prices and robbing investors by inflating earnings statements. 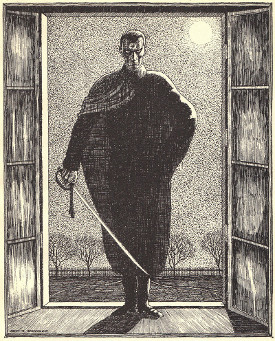 Judging by the dream, the dreamer figured out that something wasn’t right about the organization he was part of, which was symbolized by a tree of snakes. The leader of the village who is trying to save the villagers is a projection of the side of the dreamer that separated him from the organization enough to view it for what it is: corrupt or wrong at its heart. The villagers bow at his feet for his display of acumen, but he wants no part of that circle jerk; he doesn’t want anyone’s praise or worship, avoiding the trap of rebelling against something only to splinter off and become something similar or worse.

Jim Jones and the People’s Temple movement of the 1970s comes to mind. Jones was a charismatic preacher who led a splinter group in rebellion against religious ideologies that were all talk, no walk. Members of the People’s Temple hit the streets and practiced what they preached. For a while they had a sort of utopia where all money and resources were shared according to the old Christian teaching: Take according to your need, and give according to your ability. Their utopia ended in mass suicide. The Branch Davidians and their fiery end in Waco, Texas also come to mind.

The dreamer is no guru, but is disciplined and observant, qualities to be admired no matter what the circumstances. By striking at the heart of the mother snake he “dismantles” (his own word) it.

I am again reminded of a real-life situation that took place at a convent in Los Angeles, among an order of nuns called Sisters of the Immaculate Heart of Mary, in the 1960s. In an effort to renew their faith, the Sisters formed encounter groups to really speak their minds in a group setting. By the time the dust cleared nearly all of the nuns broke their vows and left the Church. They learned to think for themselves like the dreamer did. Needless to say, encounter groups were thereafter discouraged in certain religious orders!

Notice also how the staff the dreamer uses to strike at the heart of the tree is the same type of staff he trained with in the dream? It symbolizes how the knowledge he gained through his efforts led to arming himself with what he needed to break the spell the religion had on him. To strike at the heart of an ideology is to stop believing its central tenets, and you stop believing when you know better. That message of the dream is a big reason why it is a personal favorite.

Interpretation of Dreams about Snakes. Meaning of Snake Dreams.

Tags:meaning of snake in dreamsnake dreamtree of snakes

5 thoughts on “A Snake Dream Interpreted: The Tree of Snakes”