You Are Here Dreams 1-2-3 » Dream Topics » Dreams of Spiders and Webs…Oh My! What Do They Mean?

Dreams of Spiders and Webs…Oh My! What Do They Mean? 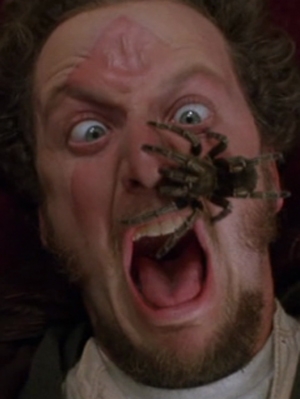 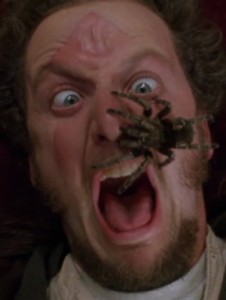 Dreams featuring spiders and webs are often creepy like a Halloween movie made by Alfred Hitchcock. Once you understand the symbolism you’ll see that there’s usually nothing to really fear, but there could be something to be wary of or some sort of danger lurking.

To begin understanding what spiders in dreams mean, think about your associations with them. There is no universal interpretation for any creature in your dreams, but there are common associations that form the basis of most symbolism.

A common association with spiders is they weave webs and sit back waiting for victims to get entangled. The spider can then take its merry time wrapping up and eating its prey. Spiders are patient and methodical.

Now compare that to waking life. Have you ever been “entangled” in a situation that was “sticky?” Do you know people who lay traps that ensnare others? These associations are ready-made for dreams about spiders and webs, like this dream about spiders posted at Reddit Dreams.

Looking back on that dream, I wish I would’ve picked up on the obvious: laying in bed with the girl probably symbolizes the dreamer’s attraction to her, since beds are where we dream and “dreams” in one sense can mean the things we wish for. But she has a boyfriend, a friend of the dreamer, and now we start to see a “sticky situation” taking shape. She might be trying to keep the dreamer “in reserve” like a spider’s meal wrapped in webbing so that if something happens with her current boyfriend, she has a guy to fall back on. There might be a subconscious competition between the guys for the girl.

Poor guy doesn’t know he’s being played, but his dreams do.

During my conversation with him at Reddit, he expressed a deep fear of spiders. Here is where personal associations come into play, because if you fear spiders, they can be used by your dreams to symbolize any fear. If you don’t fear spiders, your dreams can’t scare you with them!

Now we get into a deeper lesson about dream symbolism. Dreams have a reason for every detail they provide and every symbol they use. A spider that symbolizes fear is going to somehow be associated with related ideas about spiders, such as fear of entanglement, of being trapped, of loss of control, or of predatory people. A spider is not likely to be used to symbolize, say, fear of water because spiders are usually not found there.

However, a personal association of yours could come into play in a dream if you’ve ever encountered a spider in the water. See how it works? Use the link earlier in this paragraph to explore that idea further.

Spiders have close connection with anxiety because of how they produce anxiety in people who fear them. Just the thought of something lurking beneath your bed covers or in the corner of a room is enough to give some people the creeps. Snakes have a similar association, because even if you are not scared of snakes, you know to be careful around them. Anxiety is more about what could happen than what did or will happen.

Speaking of fear of spiders, this dream about fearing a spider illustrates it for the dreamer and suggests how to get over it. Here is the condensed version:

I’m at work and find a huge, hairy brown spider. I immediately felt a few things: fear, panic, desire to run. In the meantime.. one of the senior techs in my lab who I have the upmost respect for, and a little bit of fear of, caught said spider and placed it in a sort of container that magnified it and made it look even bigger. She kept trying to force the spider on me.

The spider in the jar is magnified so it looks bigger and nastier than it really is. That’s a big clue that the dreamer’s fear of spiders is blown out of proportion. He makes it bigger than it really is. Spiders in general are no threat to humans, but if you fear something you give it power over you.

Interpret your dreams? I will give you what you need to get started. Subscribe now by clicking the banner.

And this next tidbit is interesting. Turns out, research has shown that the greater a person’s fear of spiders, the bigger spiders appear to them.

Here is a dream featuring an ex girlfriend and spider webs. The intrigue and “tangled web” she weaves….

Find entries for spiders, snakes, and many more creatures here.

In this dream about a Black Widow spider, the dreamer is thinking about his ex-girlfriend trying to work her way back into his life. He knows she is scheming, weaving a web of intrigue. The condensed version:

Some kid from the grade above me back in high school is with me in my old town lifting up sewer grates to show me that there are tunnels under them. Suddenly I realize there is a Black Widow on me, no matter what I do I can’t get it off ’cause it crawls somewhere else or its webs are stuck on me. It never bit me though. But I felt uneasy and it made me wake up.

The dreamer associates his ex-girlfriend with a Black Widow. Her schemes are the webs that stick to him. The underground tunnels symbolize the underhanded way she’s trying to tunnel back into his life. He can’t seem to get rid of her.

4 thoughts on “Dreams of Spiders and Webs…Oh My! What Do They Mean?”