You Are Here Dreams 1-2-3 » What Does Dreaming of Death Mean? Death Dreams Interpreted

What Does Dreaming of Death Mean? Death Dreams Interpreted

Death Dreams Interpreted: What Does Dreaming of Death Mean?

Death dreams are often distressing and can even make you wonder if the Reaper is coming. In dreams, though, death has a variety of interpretations, expanding on the idea to include figurative meanings. So to interpret a death dream, look beyond literal definitions.

Have you ever felt like you could “die from embarrassment?” Or an opportunity “died?” These are figurative ways death can be shown in dreams as, well, stone cold, dramatic, bloody or violent death. When used this way as symbolism, death is a figurative representation of a personal situation. It’s exaggeration, a dramatic way of expressing an idea. 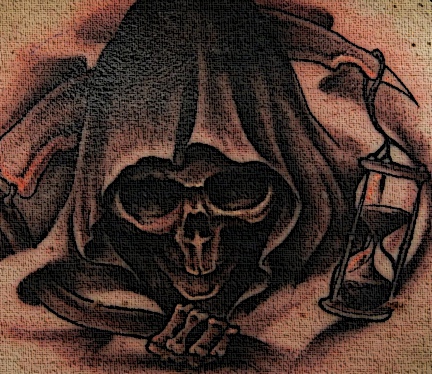 Death dreams are distressing because the thought of death is distressing for most people, but with dreams, what you see is rarely what you get. The distress you feel is actually caused by subconscious knowledge of the underlying symbolism. In other words, while dreaming about death you subconsciously know what it means. And whatever it symbolizes distresses you.

Just the idea of death can be distressing. Someday your heart will stop beating, that’s a fact, so of course your dreams are going to prepare you. When you can accept death in a dream, you are empowered to live life more fully or pass away more easily. But dreaming about death is most likely to be symbolic.

Death in dreams can symbolize “loss” of something, for example, the loss or decline of a relationship. I’ve known college students to dream of a parent dying because that is what it feels like, in a way, to leave home and be away from a parent’s daily influence and care. Relationships that change can feel like “little deaths,” especially when they involve people you were once close to. Here is a dream that illustrates the comparison:

I dream that a friend calls and tells me that my ex boyfriend died. I feel sorry for him, but realize I don’t really feel anything for him anymore.

A relationship that ends is said to “die,” and related feelings that linger are said to “die slowly.” The dreamer’s ex-boyfriend is not about to literally die, but her feelings for him finally have. We can instantly fall in love, but falling out of it is anything but quick and easy, usually. This dream says that the feelings the dreamer once had for her boyfriend are finally “dead.” She is totally over him.


I interpreted a death dream involving someone’s mother hanging herself during an imminent apocalypse, then being found alive. It is a way of illustrating a threat to the relationship between the dreamer and his mother. The dreamer is doing something in his waking life (involved with illegal drugs) that could lead to badly damaging the relationship. Hanging is a way of saying that what she taught him (don’t do drugs) isn’t getting through to his head, and he fears what could happen if he gets busted: their relationship could die. Hanging is appropriate symbolism because it cuts off blood circulation and airflow to the head.

Extend the idea and you can see why the apparent death of a father in this dream symbolizes disregarding their advice about premarital sex.

Another way dreams use death is for illustrating the phrase “dead to the world,” as in this dream (summarized):

I dream that I am in a coma for an entire year. When I wake from it, I read the Facebook conversations of my friends who thought I was dead.

Coma is a way of symbolizing social isolation. The friends think the dreamer is “dead to the world.” I (user name “RadOwl” in that thread) told the dreamer that the dream is a sign to really live again, to engage socially and come out of his funk.

You can go through transitions in life that are comparable in dreams to death. The transition from childhood to teen and teen adulthood involves the “passing away” of immature parts of oneself. Entering the professional world and losing the freedom to party all night can feel like death to someone used to having plenty of time for recreation.

Dreams about animals dying can connect with something about yourself that feels like it’s under threat or receding. I helped to interpret a dream about trying to save kittens from drowning in a pool. The young man who had the dream felt like he was losing his innocent and playful side, traits commonly found in kittens.

Dreams can foretell death – your own or someone else

The symbolic interpretations of death should be considered first, but sometimes dreams about death are all too real. Just before Abe Lincoln was assassinated he dreamed about seeing himself in a casket, dead, in the White House. Boxer Sugar Ray Robinson dreamed before a fight that he accidentally killed his opponent. He tried to back out of the fight but was convinced it was “only a dream” and ended up killing his opponent, Jimmy Doyle. Weezer guitarist Mikey Welsh dreamed he would die of a heart attack in two weeks and died two weeks later of a heart attack. 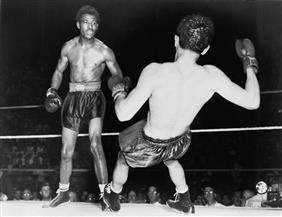 Sugar Ray knocked out Doyle in the 8th round. Doyle died that night.

Dreams with literal interpretations are much less common than dreams with symbolic interpretations, and to know the difference you begin by eliminating the symbolic ones as possibilities. If I was called to counsel Sugar Ray about his dream, I’d begin by asking him if he felt like he wanted to kill his opponent, even in the sense of, “God, I could kill that guy.” Was there bad blood between them? Or did he fear that killing an opponent was a possibility? In which case, the dream can be interpreted as bringing up a fear to confront it. He might hesitate to “go in for the kill,” making him a less effective boxer.

Read more about Sugar Ray’s dream and my way of interpreting it.

Stories about dreams warning against imminent danger are widely known, so it’s natural to wonder if a dream about death or tragedy is prophetic. The answer is, most likely, no. A guy once asked me about a dream of being in a plane crash. He was scheduled to take a flight the next morning and wondered if he should cancel it. I thought the plane crash symbolized something related to fear of flying or feelings about his personal life “crashing.” I don’t know if he took the flight, but I checked the news and no commercial flights crashed on the day he was scheduled to fly.

This guy dreamed about mocking the Grim Reaper and it related to drinking and driving. He knew he was taking a big risk and being too casual about it.

This girl dreamed a couple of times that her mom died. It’s symbolism.

People commonly dream about loved ones who have passed away. Usually, the purpose is to grieve and process the loss. But sometimes these dreams can facilitate contact with loved ones in the next life by working through emotional issues first, then opening lines of communication. The interpretation of a death dream is tricky when strong emotions like grief are involved. Dreams are known to fulfill wishes, and if something is wished for strongly, like the wish to see a deceased parent again, it is likely to pop up in some form while dreaming.

Follow this link to the original discussion of that dream about a deceased father. It’s a powerful story that deserves space of its own.

Along this line, dreams about the afterlife have many interesting possibilities for symbolism.

Death in dreams is most likely to be a symbolic representation, not an actual warning or literal representation. The difference is intuited by making associations with aspects of the dream: the settings, characters, actions, and your feelings. Bottom line is there is nothing to fear, even if a dream foretells death, but there is probably something that needs your attention. Dreams don’t tell you what you already know, so if you dream about death, ask what it is trying to tell you that you don’t know already.

52 thoughts on “What Does Dreaming of Death Mean? Death Dreams Interpreted”