Cheating Dreams Explained | What It Means to Cheat in a Dream

Cheating Dreams: what it means

Cheating in a relationship is a commonly reported dream theme. Rarely does it indicate actual cheating, though.

Instead, cheating is often related to insecurity. For example, you see your significant other getting friendly with someone and it sparks feelings of jealousy or raises insecurities about your desirability or the security of the relationship. You then dream about it as cheating. Cheating can also be used to symbolize any situation that feels unfair, such as a mate having other priorities or passions than the relationship. Or the theme can be used to describe situations that involve emotional or physical closeness with someone other than your mate, even if that closeness is completely innocent. 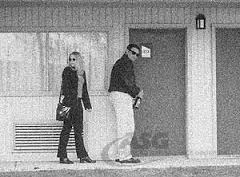 I bet they’re not renting a room for choir practice!

If you consider the possibilities for symbolism and they don’t ring a bell, it’s possible that you have picked up clues that your mate really is involved with someone else. Just don’t jump to conclusions—most dreams about cheating are symbolic.

Next is a sample of dreams I have interpreted at Reddit Dreams that cover a variety of possibilities for what cheating can symbolize. In some cases I summarize the post rather than copy it directly. The links are to the posts so you can read for yourself. My user name is RadOwl, fyi, if you want to follow the discussions.

Dream: I keep cheating in dreams with mutual friends — I have been in a committed relationship with my boyfriend for five years. It recently turned into a long-distance relationship, but we’ve been making it work. In fact, we are happier than ever. But since coming home for the holidays and seeing our old friends I have been dreaming about physically and emotionally cheating on my boyfriend with some of our close friends. The dreams about physically cheating are very sexual, and the emotional cheating ones involve talking about my own deep issues. I wake up conflicted.

Interpretation: These dreams are sparked by the dreamer talking about personal issues with mutual friends when she should be talking about them with her boyfriend. The dreams depict the situation as cheating because she establishes intimate closeness with those friends, combined with the fact that she’s not talking to her boyfriend about the issues she talks about with them. Cheating in this sense means “close intimacy with people other than my boyfriend.”

Dream: Cheating on my boyfriend — I have recurring dreams of cheating on my boyfriend of nine months, except no sex, I just meet these really interesting guys, feel a warmth from them, whether we end up watching a movie or dancing together it is really nice. When I wake up I almost have this urge to find the guy I dreamed about.

Interpretation: These cheating dreams are sparked by the dreamer’s interactions with guys at school. She spends a lot of time doing schoolwork with them and it establishes a friendly sort of closeness. Plus, with her heavy school and work schedule, the dreamer doesn’t have as much time to spend with her boyfriend and she knows it’s unfair to him.

Interpretation: “Cheating” in these dreams is a manifestation of the dreamer’s anxieties related to self-esteem issues. He’s unemployed and it makes him feel like a loser. Seeing his girlfriend in bed with another guy shows that he fears that someone more financially secure will come along and steal her away. He has been cheated on previously, so deep in his mind he expects it to happen again. Doesn’t matter how much his girl shows her love for him and tells him everything is all right.

Dream: Cheating on my girlfriend — I had a nightmare that I cheated on my girlfriend. In the dream I knew it was wrong, but some force wouldn’t let me just say no or not do it. No I’m not cheating in real life.

Interpretation: This “cheating” nightmare is sparked by the dreamer talking with a girl at work that his girlfriend told him to avoid. His girlfriend is jealous of any female who is even remotely attractive. He said he only talks to the girl to be friendly with a coworker, but his motives do not matter. He knows if his girlfriend finds out there will be hell to pay.

Dreamed about my boyfriend cheating and he really is cheating! I had a dream my boyfriend was cheating on me while I was sleeping next to him in his bed. I woke up literally heartbroken. We have been together for five years. Anyway, I woke up and tried to ignore my feelings, but when I couldn’t do that anymore I told him about my dream. He shrugged it off. I couldn’t shake the feeling that something was actually up. I kept prying at him because he didn’t seem to really care or understand how I was feeling. Finally I guess I had pried so much that he finally told me the truth. He WAS cheating on me with a girl he had met at school. I packed my things and left.

No interpretation needed. The dreamer either picked up on subtle clues that her boyfriend was cheating, or she has psychic ability.

The next example is about recurring dreams of his wife leaving him for another man. The theme is similar to cheating dreams, and shows the feelings and dynamics of a personal situation that can spark such dreams.

Weird dreams about wife leaving me: I have a recurring dream that my wife is cheating on me. I’m pretty sure she is not actually cheating on me, yet I dream about it repeatedly and it’s really disturbing. In one dream she told me she was leaving me because we don’t share the same interests or profession (she is a transplant nurse). In another dream she has broken up with me and texts to tell me about dates she goes on with other guys.

Interpretation: This recurring dream is sparked by the wife’s work situation. As a transplant nurse she works long hours and is often on-call. The dreamer knows the long hours away from each other and frequent interruptions of their home life are part of the job, but he can’t rationalize away his feelings. His dreams portray the situation as cheating because it feels unfair that his wife has to be away from him so much for her job. Also, some jealousy might be involved because she works closely with highly successful and desirable surgeons, while the dreamer is out of work because of illness. I think that explains the reference to not sharing the same interests or profession.


Pretty fascinating, eh? The symbolism of cheating can apply to a wide variety of situations. If you have dreams about cheating, please share them in the comments. 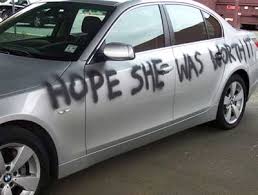