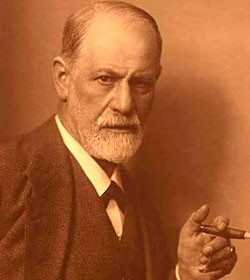 So, I hear you’re looking for a dreamworker in Tucson, Arizona. Some people call them “dream interpreters” or “dream analysts.”

He’s down to earth about dreams, and definitely not a Freudian. Most dreams use symbolism to describe what’s happening in your life. They help you answer questions, solve problems, resolve issues and get perspective. They reflect back your life to you in ways that help you see deeper into it and identify specifically what’s happening in your emotions. But some dreams go deeper, can even be life-changing, and those are the ones most likely to make a person seek help understanding them.

The guy I know is really knowledgable, but he won’t try to convince you he knows what your dreams mean. That’s a fool’s errand. Instead, he’ll help you figure out what you already know.

That’s right, you already know what your dreams mean, subconsciously. After all, you create them, right? Or did the aliens beam them into your head? In which case, sorry, can’t help you.

This guy will help you understand your dreams as stories about yourself and your life. He’ll help you decode the symbolism. He’ll then help you figure out what can be gained from them. How they can help you.

The guy I know has been working with dreams for like 25 years and has helped millions of people better understand their dreams. Granted, “millions” is a big number, but it’s fair to say because this guy is big on a website called reddit.com, where he’s been the moderator of the dreams forum for like, forever. Tens of thousands of people per month read his stuff. And when you multiply tens of thousands by forever, that really adds up! He’s known as RadOwl, the reddit.com dream expert. Or at least, that’s what his publisher calls him. It’s on the cover of his last book so it must be true.

The guy writes about dreams. His second one, The Big Book of Dreams, is due for publication in spring, 2017, and it’s the Bible of Dreams. OK, maybe dictionary is more accurate. I think he has a blog somewhere on the internet, too.

Seriously though, he’s the best around, and I’m not just saying that. Read his About Me page, and see the list of media programs he’s been on. Dude was on Coast to Coast AM, and host George Noory said he’s “one heck of a dream interpreter.” That’s some big praise.

It’ll cost you a dime or two to get this guy’s help. Or $55 per half-hour, whichever is greater. Or you can take a chance and post your dream at dreams.reddit.com and maybe he’ll notice it and offer some ideas.

The rate is negotiable. Dude just wants to help people understand their dreams, but he’s got a mortgage and all that so, you know, contact him and see what can be worked out. You can use the contact form on the About Me page linked above, message him on Facebook, or shoot an email to groovywriter at gmail.com.

Tell him Jason sent you. He’ll know who you mean.

And you can talk with him via phone or skype or whatever. You don’t have to be in Tucson to see this dreamworker, but if you are, hey, you might be neighbors.

In the meantime, here’s a picture of him with Santa. 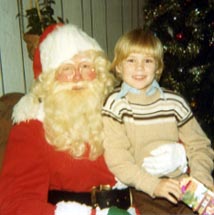 4 thoughts on “Dreamworker in Tucson – Interpret Dreams, Improve Your Life”