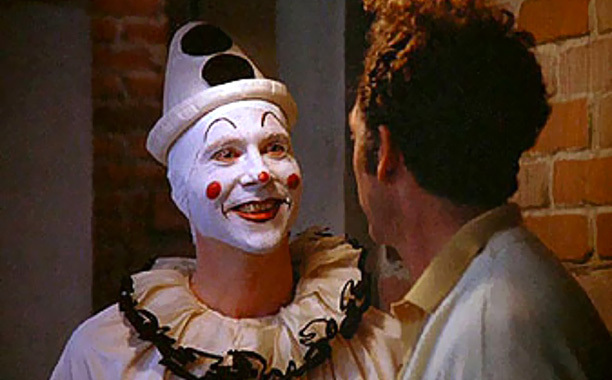 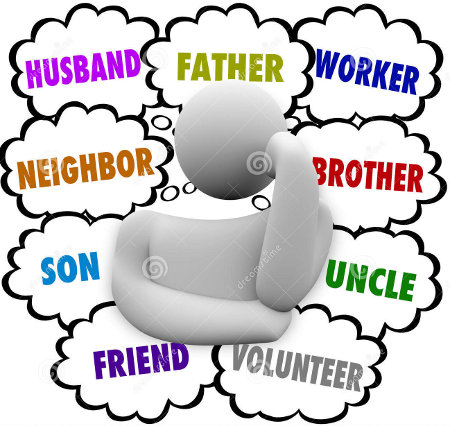 Analyze dream characters based on their roles

In dreamland, you act out a story, a dramatization of your life, sometimes in a lead role, sometimes as a supporting actor, and sometimes as observer, witness or narrator, but those are still roles. The roles you play and those played by other dream characters are important when interpreting a dream. They help you understand the meaning and message.

Roles played in dream-stories can be formal, such as teacher or police officer, or informal, such as friend, neighbor, or suitor. We all play roles in life—by choice or not—and many roles over a lifetime:

A position of title or authority is a role.

Matriarch (or patriarch) is a role.

‘Friend who comes to the rescue’ is a role.

A robber is a role, and in dreams it can symbolize taking something valuable or feeling like you can’t have what you want by going about getting it the right away. Or, as a role played by the dreamer, it can symbolize ways a person cheats or undermines herself.

Roles in dreams are important. Dreams are stories, and stories are built around roles. 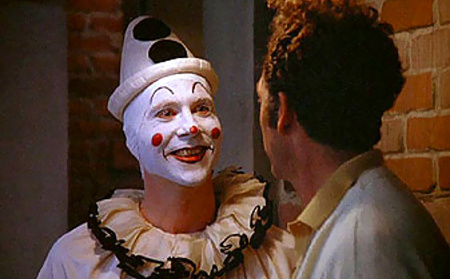 The ego sees itself in a dream

Personal narratives structure our lives, including the roles we play in society and how we perceive our place in it. Personal narratives can be a touchy subject, and dreams can infringe when they present contrary or alternative points of view than the ego’s. Imagine the inflated ego shown itself in a dream as a beggar or clown. It’s satire that pokes holes in a big ego by showing how ridiculous it looks.

On the other hand, imagine the humble ego that dreams about itself as a monk or drifter who wants nothing from anyone. It summarizes the ego’s self-image or aspiration for what it wants to be like.

The roles characters play in dream-stories are well-thought and deliberate, and understanding why is a great exercise in self-reflection and -awareness. Dreams guide the ego to understanding its true role as an offspring of the unconscious mind that expresses the parent (the unconscious) through itself. The unconscious is the soil from which the conscious mind grows, like a plant or tree. The narratives we live begin as ideas in that collective, original mind, which are then expressed through us, people, and the choices we make as we grow (or not).

To get an overview of how it all works we begin by examining the roles played by other dream characters. Then in the next installment we’ll return to analyzing roles that you play in your dream-stories.

Police officer is a versatile type of dream character and instructive example for understanding how dreams use characters to create symbolism. [Symbolism is the use of symbols to represent ideas.] A police officer in a dream could symbolize: 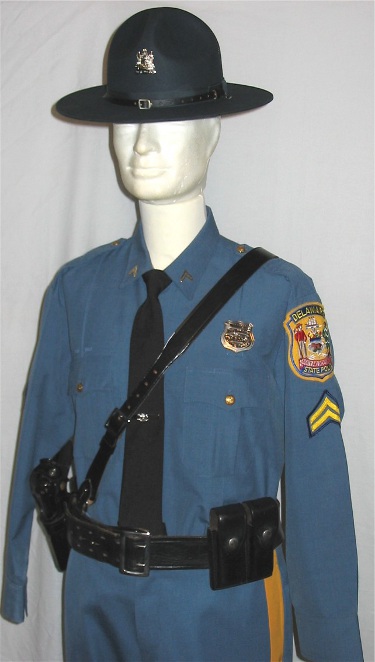 The uniform covers an associated idea beneath it

As symbolism, think of the uniform as a costume over a personality trait, thought, emotion, perception, subject, idea or set of ideas. The symbolism could relate to a police offer’s role in law enforcement, especially if the dreamer fears getting caught doing something illegal or is in legal trouble. However, dreams tend to prefer the figurative over the literal.

Someone with a junk food habit who decides to eat better could dream about it as a police officer arresting people at a fast-food joint, or handcuffing customers at a convenience store. These settings are typically associated with junk food, so the presence of a police officer and the symbolic action of arresting and handcuffing suggests the ideas of “restraint.” Police officers are associated with restraint. They restrain people physically, and their presence restrains people from certain behaviors such as speeding. Therefore, dreams can use them to symbolize any sort of restraint, including personal restraint from eating junk.

Police enforce laws, rules, and regulations, and dreams can branch out from there to include related ideas such as “policing” your diet and “enforcing the rules.” Rules can include personal rules such as “avoid the snack machine” or “only eat dessert after dinner.”

Put the symbolism of the officer into the setting related to junk food, and the details combine to create symbolism.

When analyzing dreams, think of the scenarios they create as physical representations of personal situations. They’re dramatizations of your life and the personal narratives that define it.

Expand on the possibilities for what a police officer can symbolize in a dream. Think creatively, bearing in mind that dreams use personal associations to create symbolism. Generate your own ideas before reading the list below.

An abusive cop in a dream could symbolize any abuse of authority or feeling of being mistreated by authority.

Cops flying overhead can symbolize something that’s “held over your head” to coerce you. For example, mom reminds you that you didn’t visit last year for the holidays so this year you better!

Following a cop can symbolize a rule that must be followed.

I play the roles of author and dream interpreter

And here’s a wrinkle for you to consider: a police officer can symbolize anything related to a job in law enforcement or related fields—even related only by the associations above. Police characters can symbolize any job or role based on authority. A narcotics squad in a dream can symbolize auditors at a pharmaceutical factory. A principal of a school could dream about the job as being a police officer or on a police force. And students could dream about a school principal as a cop, and an authority structure as a group of cops.

Groups of police in dreams

Groups of characters in dreams tend to symbolize interrelated subjects or ideas such as how the dreamer fits into groups of people and society in general. For example, a dream about being on a police force can symbolize how the dreamer fits into an authority structure or hierarchy. Dreaming about being a detective on a detective squad can symbolize how functions of the mind work together, such as the relationship between intuition (using hunch) and logic (using facts).

Give yourself a foundation in dream interpretation

Groups of characters can symbolize people grouped by occupation, affiliation, or role. For example, a police force can symbolize the staff of a school that’s heavy on enforcement of rules.

Rules can be grouped together and symbolized by groups of police, whereas a single rule is better represented as a single officer. Of course, even a single rule can have many associations best represented as a group, but this at least gives an idea of where and how to begin analyzing. Dream interpretation is a lot of trial and error and the noticing of subtleties. The way the story is constructed can tell you a lot.

Police in pairs or groups of four are more likely to represent aspects of the mind or psyche, which are constructed internally through pairings—often opposite pairings of young and old, good and bad, large and small. In dream-speak, young and old can symbolize “new” or “former,” such as “new way of looking at things” or “former way.” Large or small can symbolize what you emphasize mentally, such as emphasizing thinking over feeling.

Picking the correct use of the symbolism from among so many possibilities presented by just a single type of dream character is the real art of dream interpretation. You begin by learning to see how ideas constellate around a single symbol in a dream. Then fit that small picture into the big one presented by the overall dream.

That’s a subject for another time.

Analyzing the roles you play in dreams