Meaning of Dreams about Riding a Bus 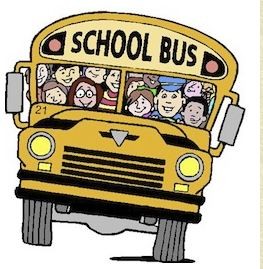 How to decode the symbolism of a bus 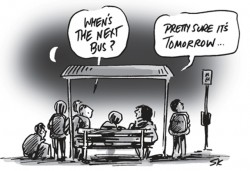 When you are part of a large group of people it’s like riding on a bus with them, because you are together going in the same direction, figuratively. Think of classmates or people you work with. You are united under the common circumstances of going to school or working together.

Another way of looking at it is a passenger on a bus is on someone else’s schedule. You can’t control the pace unless you’re the driver, and even then you have to stick to a predetermined schedule and route. When on a bus you are, in a sense, following the herd.

Another possibility to consider is the idea of “everyone under one roof.” The psyche is constructed from many parts. Being on a bus with passengers can be a way of giving you a look at those parts of yourself personified as other people. Your ego is personified as dream-you, and the passengers are other parts of yourself. They could be your charm, your drive, your responsible side, your creativity, your alter ego, your sexuality. Many possibilities.

Figures of speech that use buses can be enacted by dreams. If you are overweight you could be “wide as a bus.” The way a bus lumbers along carrying all that weight can be an analogy for extra weight on your body or emotional baggage from the past. With that in mind, analyze the next dream.

I am a grown woman and I ALWAYS have dreams about school buses. Mostly the dreams are of me missing the bus at school, but sometimes I am just riding the bus. I am so sick of big yellow buses. What does this mean?

The dreams are obviously using symbolism because the dreamer is an adult woman and no longer rides a school bus. If she was a schoolchild who rode a bus the imagery of the bus could directly relate to a daily activity — she has a habit of missing the bus — but she’s not a child, so to interpret the dream you presume that missing the bus is symbolism.

What does the figure of speech “miss the bus” mean? An opportunity passes you by. You could have married your high school sweetheart didn’t. You could have gotten the job you really want by preparing better while in school. The symbolism of a school bus in the dreams of an adult is a great metaphor for the daily routine of work and preparation for a career.

I think that’s the idea being expressed in these dreams. Because they recur, you can bet the situation they describe is ongoing. It’s not a one-time event . That narrows down the possibilities. The dreamer knows in the back of her mind that the opportunity to have the job she really wants has passed her by.

Another series of dreams involving buses:

For the last year or more, almost all my dreams involve public transit like buses. I use the transit system in my city, but not all the time. In my nightmare last night the bus driver almost ran over some kids.

I think this person’s dreams about buses are related to the idea of “following the herd.” Living in a big city can be a depersonalized experience. There you are, just another face in the crowd, another passenger among many on the bus. The part about almost running over kids might express the idea of adult life killing the kid inside. Children have free time. They play. They have fun. Some adults don’t have free time, no time to play or fun. A bus running over kids can symbolize that idea. It means that your schedule doesn’t allow for deviation to do the things you really want to do.

I’m on a bus with my youth group. My youth pastor drives it. I have a feeling that it’s going the wrong direction.

I have a recurring dream that I’m waiting at a bus stop and the bus approaches carrying other freelancers like myself, but the bus doesn’t stop. It passes me by.

Now that you know what a bus in a dream can symbolize, I bet you have an idea what this dream means. The dreamer, a freelancer, has been having difficulty getting work, but other freelancers he knows are doing just fine. He feels left out.

More about the symbolism of driving and vehicles here.